Hope all is well during these hard times. While many of us are barely getting out, or still being careful and not going out too often, I have a book that you might like. My guest today is Mary Martinez giving us a preview of her second book of the Celtic Myst Trilogy, In Search of the Cupán of Flúirse,  available now, June 1.

A magical chalice, a legacy with the dragons,
​and a destiny forged through the centuries.

BLURB
A journey through the ages, a battle with evil, and a sacrifice for all that was lost.

Aibell Brid, heir of the de Danann clan will need more than courage to find the lost relic of her clan. When the time comes, will she be ready to face her greatest enemy? With protector and guardian Amergin, she plans for battle, honing her skills, preparing for the day she can reclaim the Cupán of Flúirse.

​Knowledge is power and strength is in numbers. Amergin must trust in the words of Gaylord the Great. He will know when the time is near. With Aibell and a force of brave, trusted souls, they will face the witch, destroy her dark forces and reclaim the Cupán of Flúirse.

Aibey thought her arm would fall off, she’d scrubbed everything in the place, and yet it still looked as it had when she walked in several days earlier. The grime seemed to be ingrained deep in the wood. Fine. She had been determined not to use any aid as she had learned the hard way over the centuries it was not safe to do so. People were far more closed minded now than they had been when she left Inis Fail. She closed her eyes a moment and reminded herself, Ireland.
She walked to the center of the room raised her arms, then frowned. Had she locked the door? Best check. She lowered her arms and turned as she did so the door opened. Her heart dropped to her toes. In the next instant she crouched ready for battle. A bow with arrow ready appeared in her hands at the same instant.
“Whoa, Aibey girl.”
Relief swept over her and she stood and scowled at her longtime companion and mentor. “You scared the living daylights out of me, Amergin.”
He took a walk around the room, then turned to her with a scowl of his own. “What have you been doing all week? The supplies will be here and you’ll have not a clean cupboard to place them in. And where are your helpers?”
She refused to defend herself. She was exhausted from cleaning the cussed place. It was as if it had a mind of its own, and was determined to defeat her at every scrub of the cloth.
“Cara went with LaSalle.”
Amergin swept a finger across the bar and frowned when it came up clean. “Is this place painted with the color grime?”
“Aye, I believe so.”
He frowned. “Where did they go?” His expression cleared. “Wait. He was going to that brewing company to get some supplies.”
“Aye, he has some ideas for brewing a lager.”
Amergin walked around a bit more and then returned to the topic of cleaning. “Why did you not clean it…?”
He glanced toward the door as if expecting it to open. Aibey went to the door, flipped the lock and drew the heavy drapes across the one window in the front. Gloom blanketed the room. Amergin scraped a flint and lifted the glass and lit the lamp.
Knowing what he referred to she did not answer but once again stepped toward the center of the room to raise her arms. She started with a slow turn as she gained momentum her toes lifted from the ground. She was about to the ceiling when she spread her arms wide as she spun.
“Take thy grime and sweep away. Replace with spit and shine. Rodents and other such varmints are not welcome in this establishment. Only good may pass through the portal. If evil manages to enter under the guise of good, the food will taste sour, the ale will become bitter. Evil will not blame their plight on this tavern but on some unknown ailment. Yet they will never pass through these doors again. As I say, so mote it be.”
The last word echoed over the room as her spin slowed and her feet touched the ground.
“You covered it all.”
“I figured you will enforce my words when you cast your circle before we open our doors to the public.”
“Aye that I will.”
Aibey placed her hands on her hips and gave a full turn this time smiling at the shiny bar and sparkling floors. She would be ready to open.
“My supplies are to arrive any day. That is if it is not confiscated by some miscreants along the way. And tomorrow or the next day, LaSalle will be back to start his brewing. He has decided that he will only brew for the tavern.”
She gave her attention to Amergin and looked him up and down. “You look very nice in your uniform, Amergin, mayhap you can help tackle the crime.”
“In all of our travels I have never seen a city so rife with debauchery. I will do my best to help control and bring New York to the great city I feel…” He struck a fist to his chest. “…in my heart she is meant to be.”
“I feel it too.” She sighed and lost some of the joy of her new adventure. “I miss Inis Fail.”
“Ireland, we must remember.” 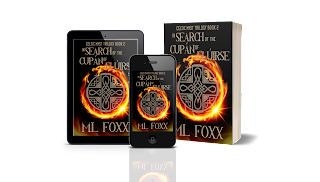 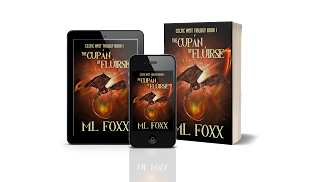 Forged by the gods, the Cupán of Flúirse is born under the thunder of Taranis, fashioned with symbols of the elements to bring peace and abundance to the clans.

Element of the air, Amergin is a faithful protector and guardian. Through the years, he’s guided the other elements and reigned over times of peace, prosperity, and royal births.

However, the witch Mourdra, is plagued with jealousy over the clans. They hold dear all she desires…and has been denied. The fire dragon and Klenidalf, an evil wizard are tasked to do her bidding, to plunder the clans…and steal the Cupán of Flúirse.

Without the sacred chalice, Amergin is condemned to wander the Earth, those he’s vowed to protect out of his reach. 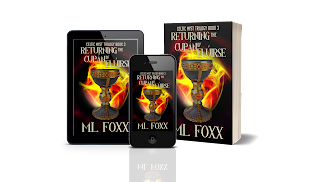 A prophecy, a final epic battle and a mystery revealed.

To fulfill the prophecy, the Cupán of Flúirse needs to be returned to its right place, the Tomb of the Tuatha de Danann. However, through the centuries the location has been lost.

Amergin is again entrusted with the responsibility to guide the de Danann’s to fulfill their destiny. On their mission, Gaylord the Great vows they will encounter three foes in order to reach their destination. To find the lost tomb, they must travel in darkness in increments of three. They must survive battle with their nemesis and make their way across Inis Fail on foot and horseback in six dark moons.

In this epic conclusion, Amergin discovers sometimes the most important quests sought in the future, must be accomplished in the past. 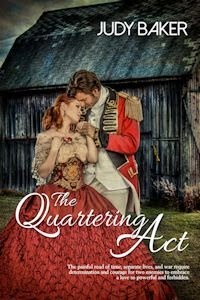 The painful road of time, separate lives, and war require determination and courage for two enemies to embrace a love so powerful and forbidden.

Judy Baker
Thank you for stopping by and leaving a comment…I love hearing from you. 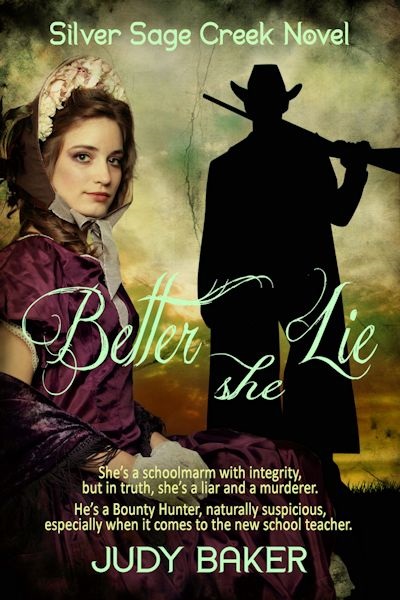 She’s a schoolmarm with integrity, but in truth, she’s a liar and a murderer. He’s a Bounty Hunter, naturally suspicious, especially when it comes to the new school teacher. 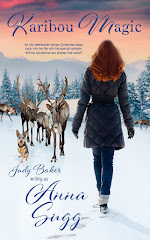 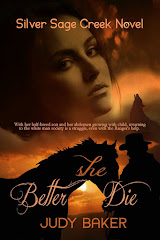 With her half-breed son and her abdomen growing with child, returning to the white man society is a struggle, even with the Ranger’s help. 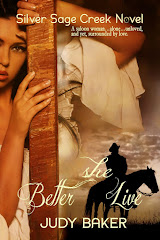 A saloon woman…alone…unloved, and yet, surrounded by love 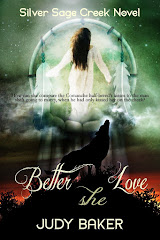 How can she compare the Comanche half-breed’s kisses to the man she’s going to marry, when he had only kissed her on the cheek? 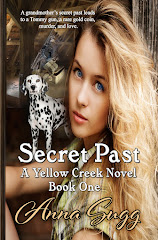 A Tommy gun disappears, an ex-husband is killed…how could she fall in love with murderer. 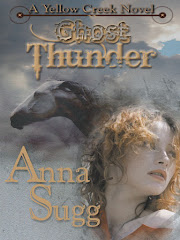 Secrecy, murder, and love intertwines when a ghost horse leads her through thunderstorms of doubts and an investigation endangering her unborn child. 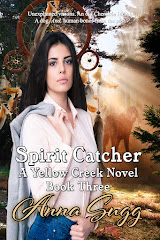 Unexplained visions. An old Cherokee Indian. A dog. And, human bones from the past 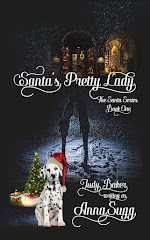 How could she fall in love with a homeless Santa? 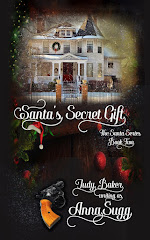 A gift from a secret Santa gives her hope and a chance to take her daughter and run. 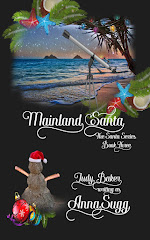 All men have only two things on their mind: sex and secrets. 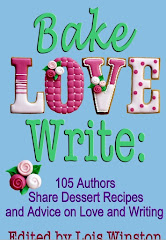 We'd Rather Be Writing 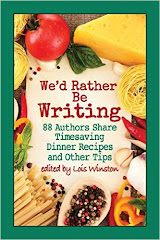 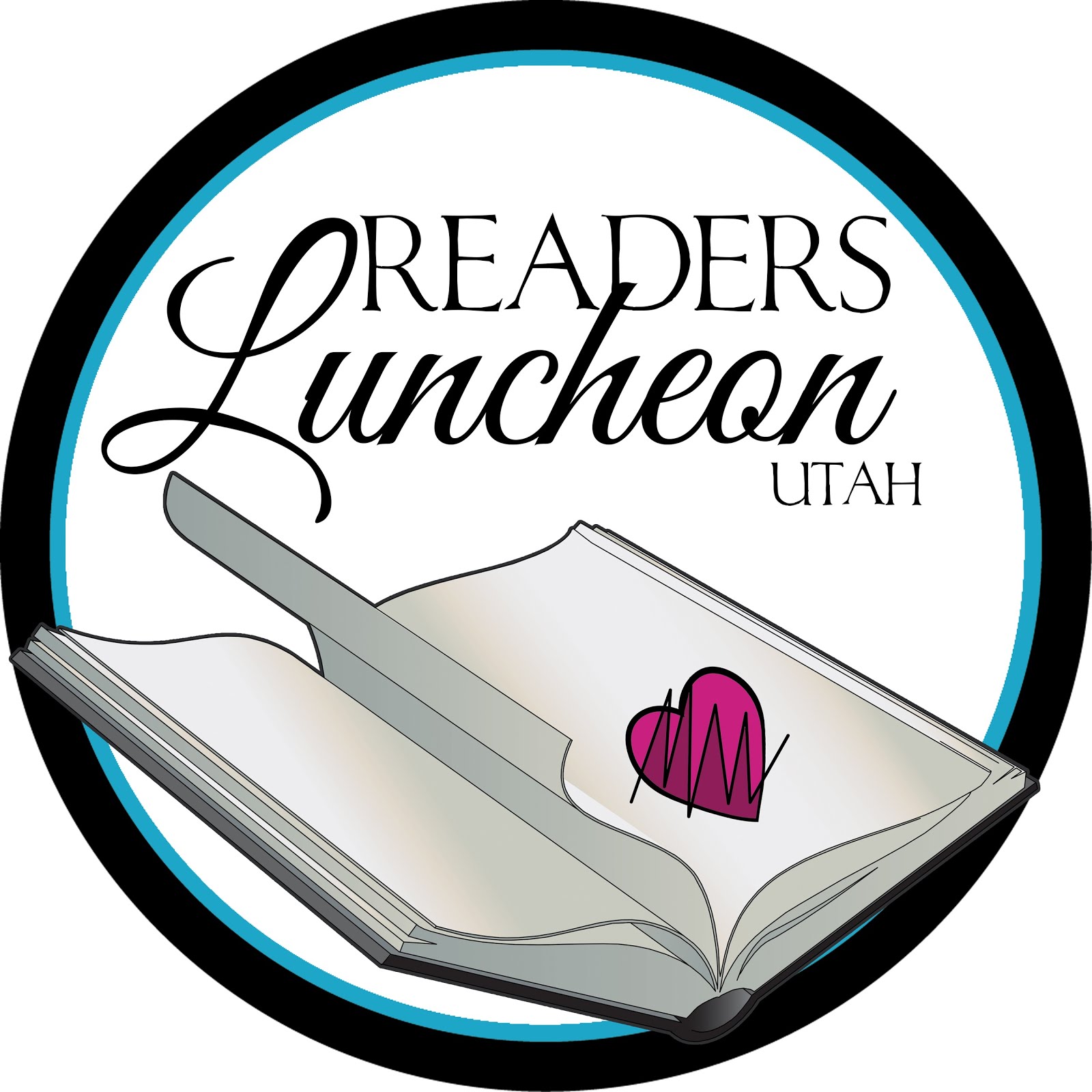 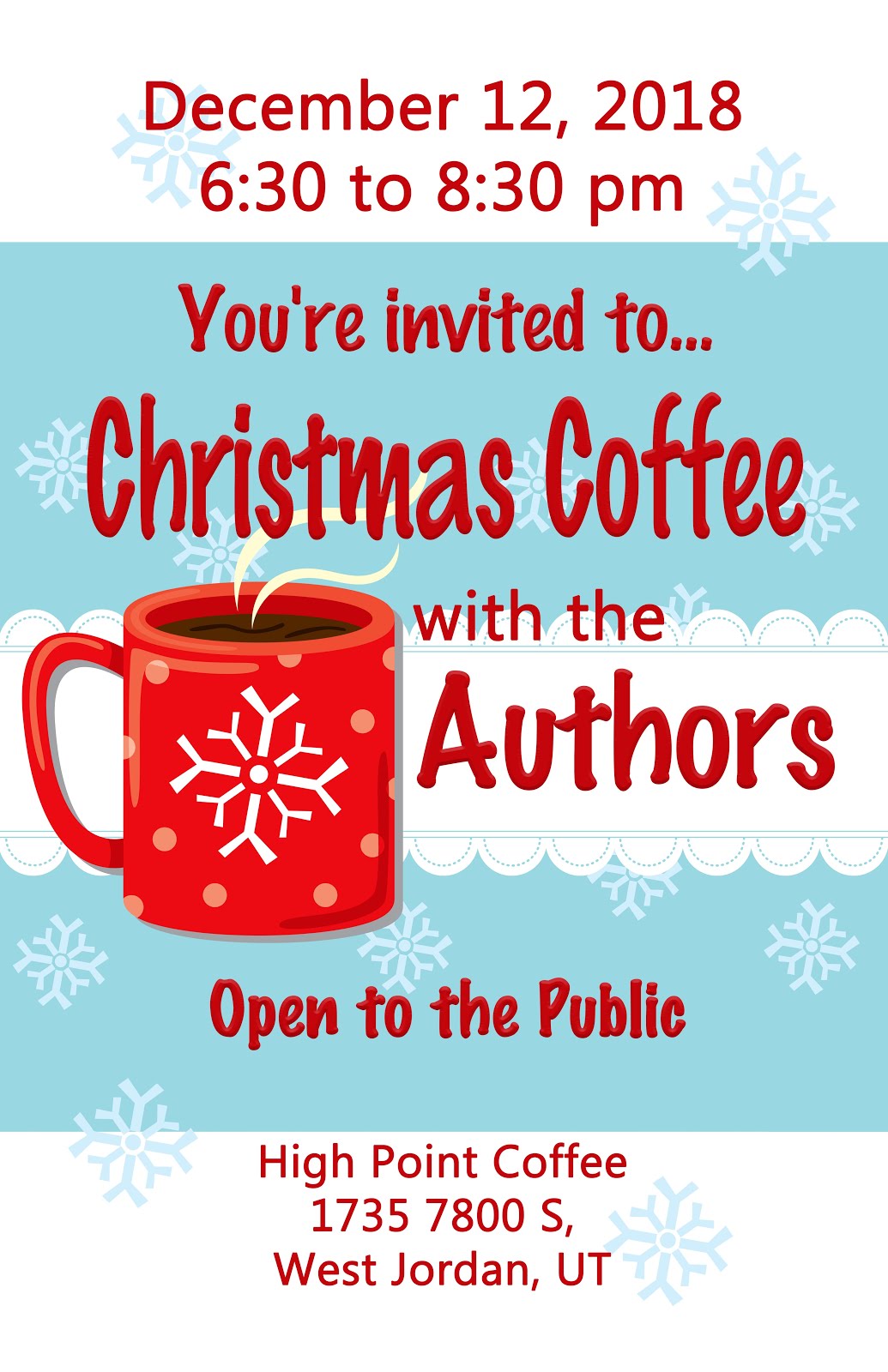 Come join use for coffee and a chat 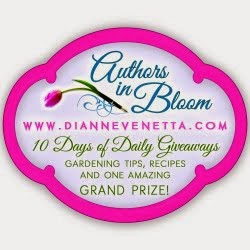 Thank you to all that participated in 2018 Authors in Bloom: Congrats to the winner, Kathy Davis